Over 25,000 orchids locked under Perspex for the Versace couture catwalk that opened the Paris Haute Couture season this evening. Their vivid but sensual colour mirrored in the outline of a Medusa head at the entrance reflected the softer side of Donatella’s couture vision. 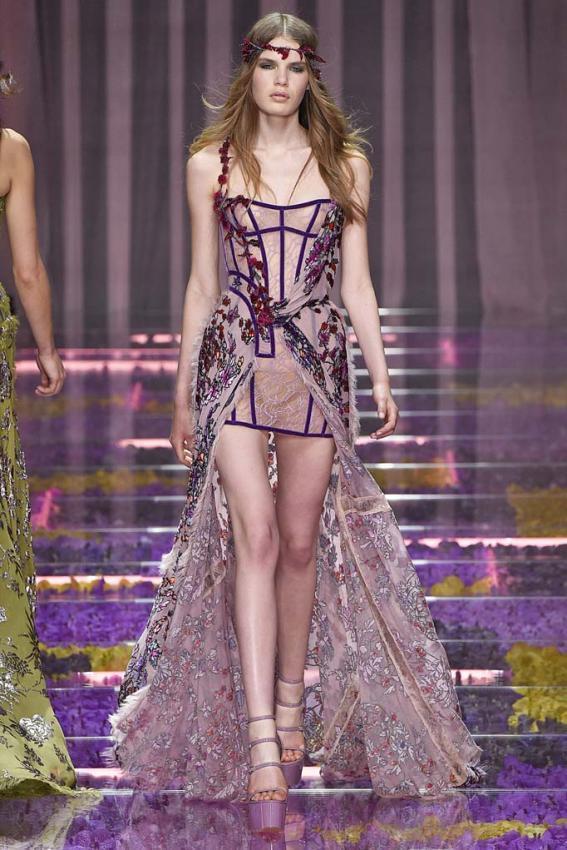 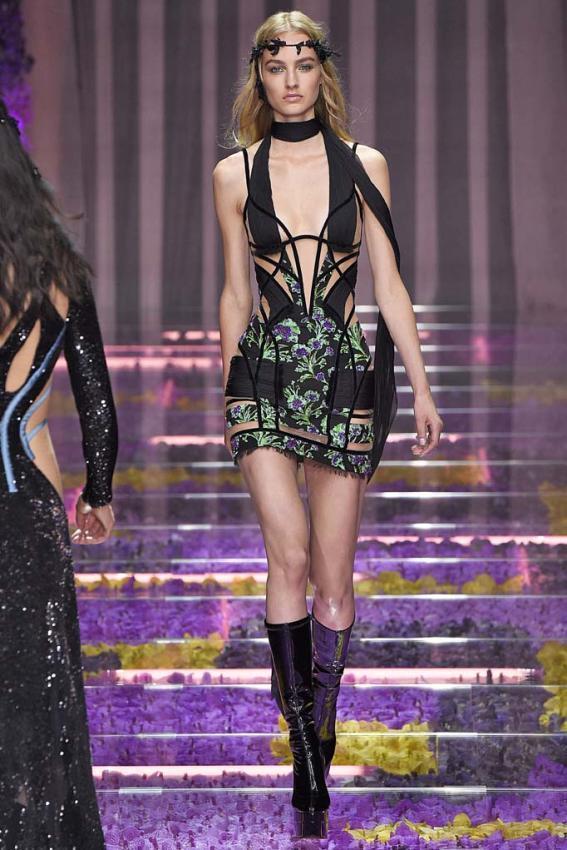 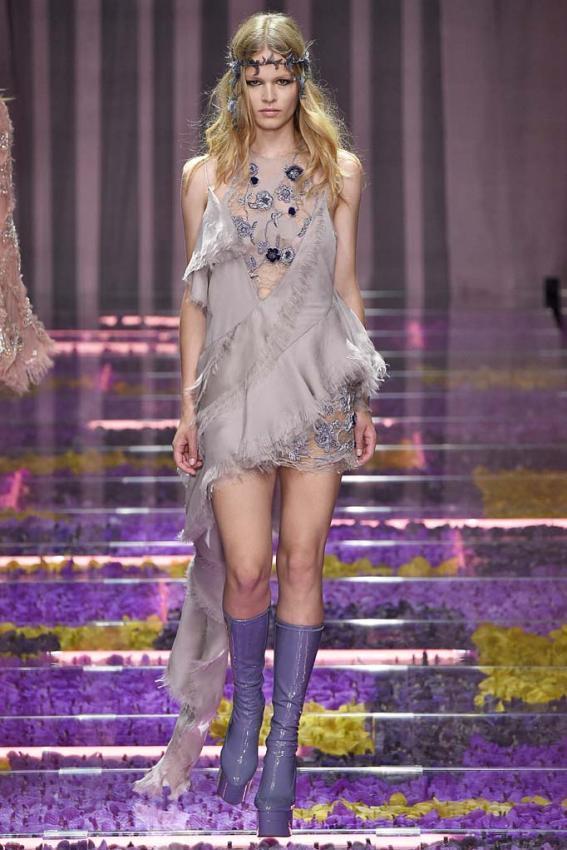 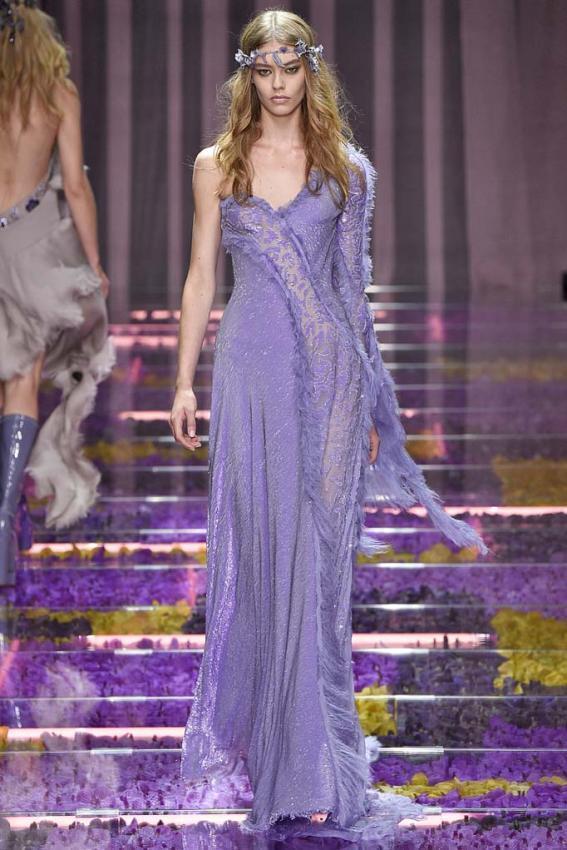 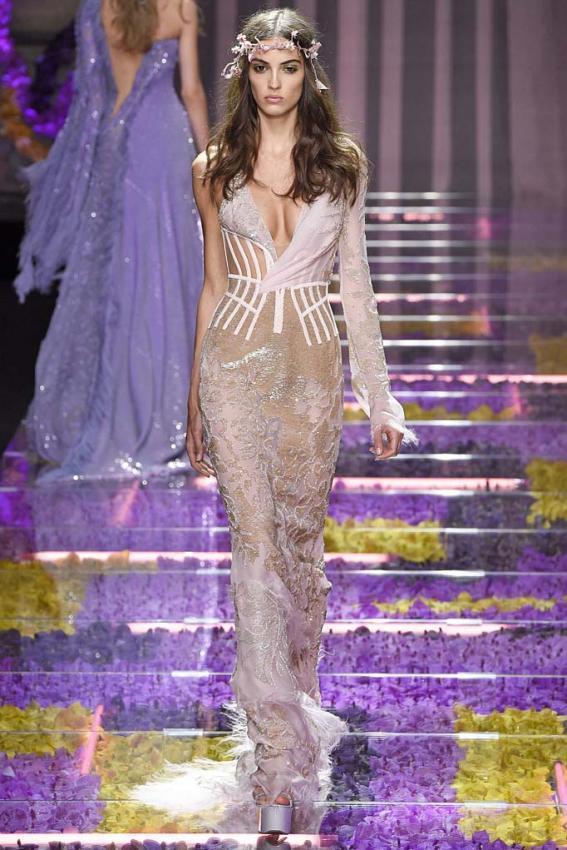 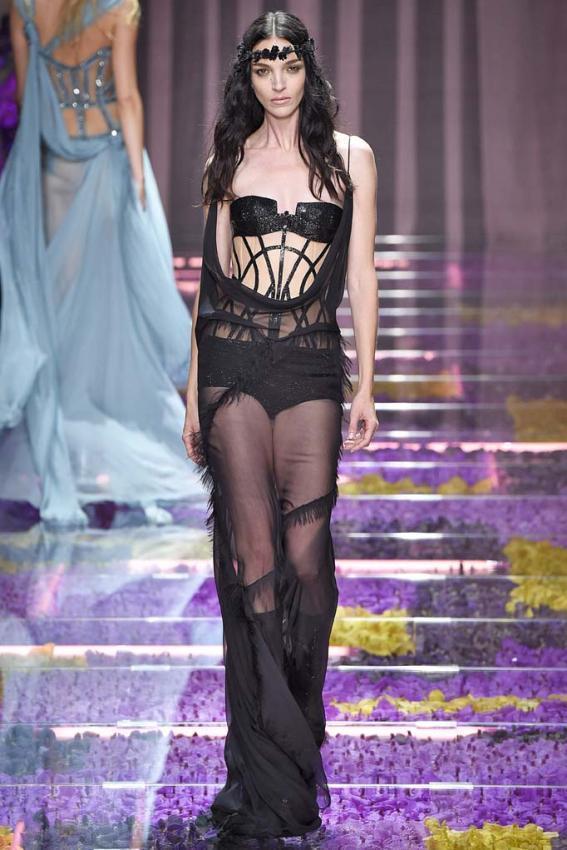 Models trotted out in flowy romantic 70s looks that felt very Coachella-inspired. Hair was parted down the middle and topped off with floral headbands. Bell sleeved dresses came in pastels like lavender, pale pink, and sky blue. Donatella was showing her softer side this season, but don’t think that means she’s abandoned full-on sex appeal. These looks came with sky-high platform boots and sandals. Evening dresses were slinky, sometimes falling off the shoulder and just about every look had a cut-out, a slash, or some sheer elements. 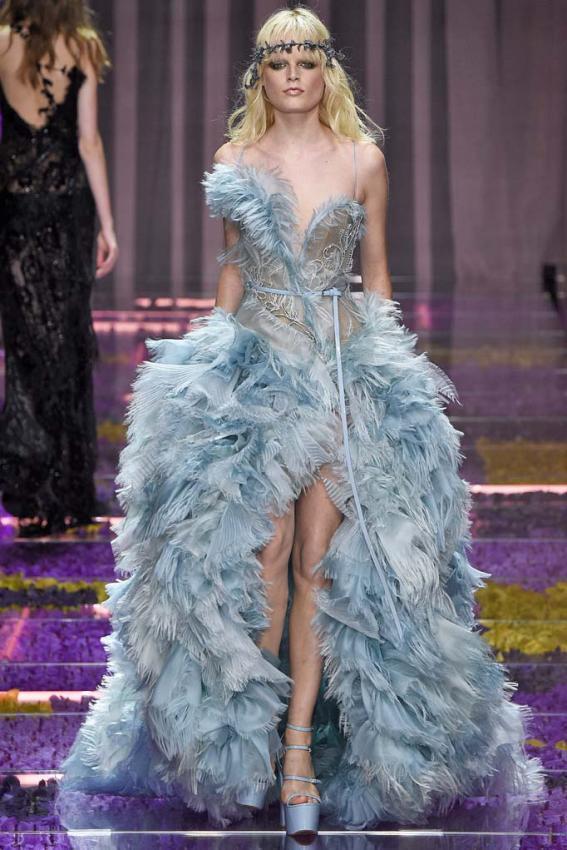 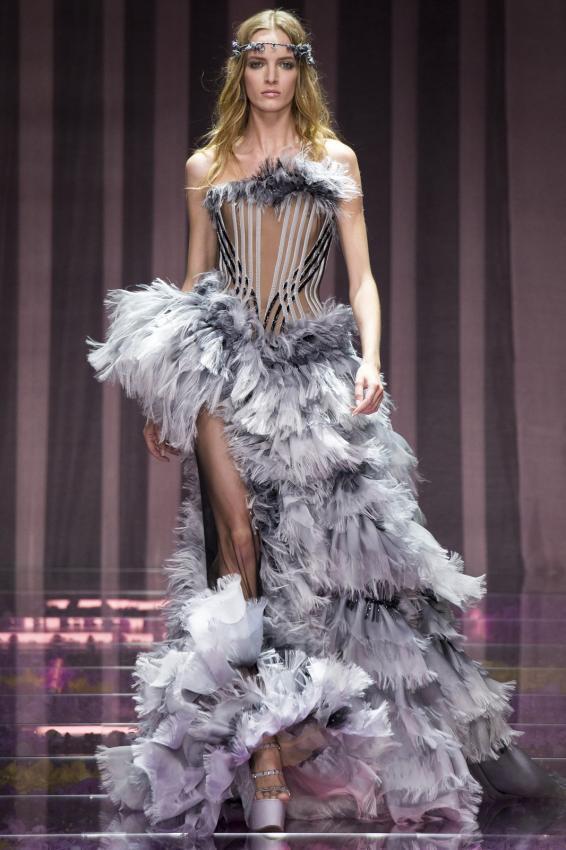 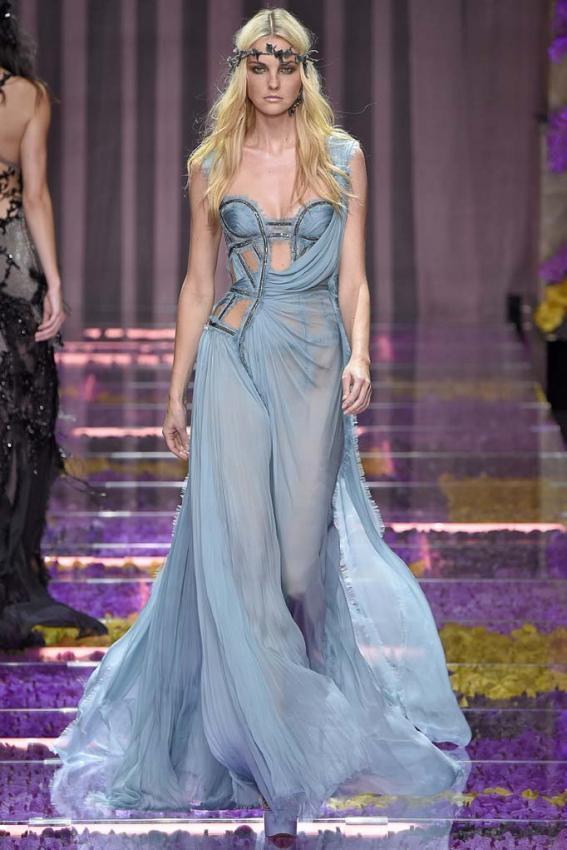 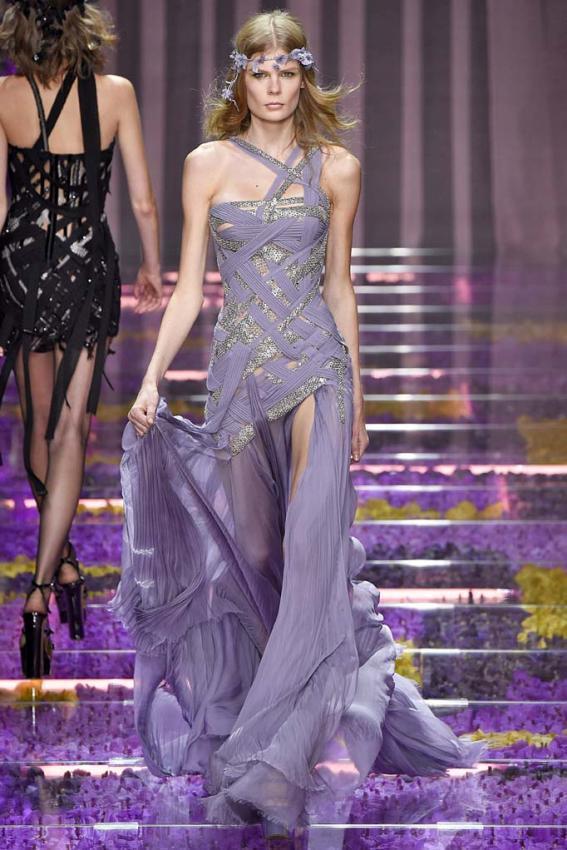 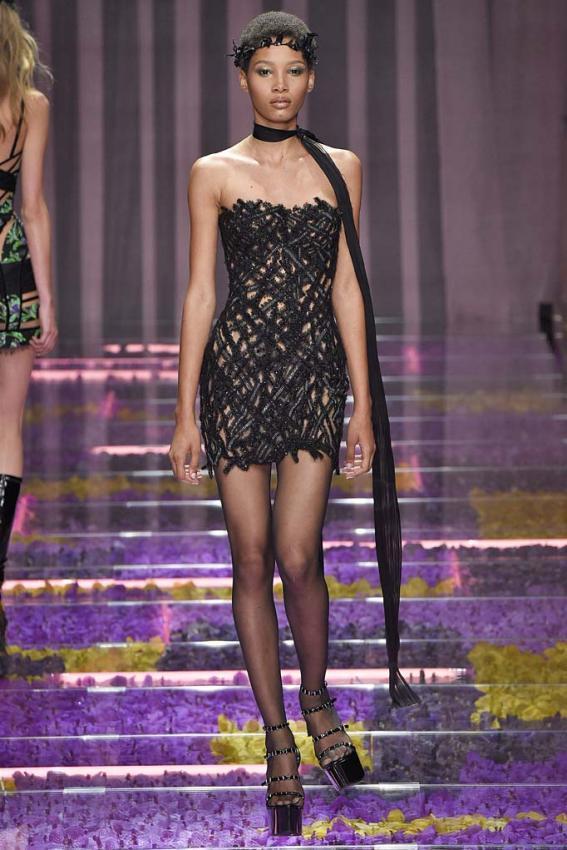 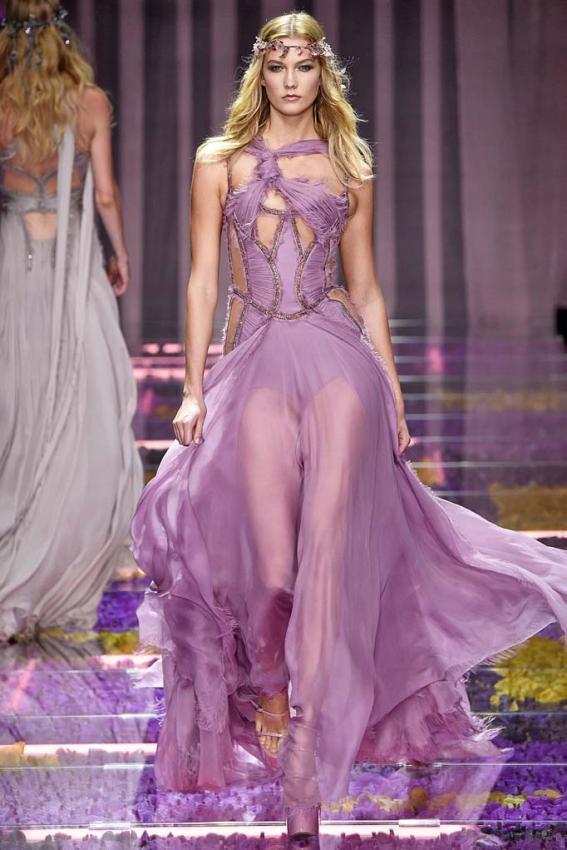 The show demonstrated the feminine that can be found in the colours of the house with lavenders and mints and peaches, only occasionally cut with the more familiar Versace black. And occasionally the maiden morphed into a rock chick in the shortest, tightest, body-hugging lace. But more often Versace's famous corseting was to be found softened by the transparency and lightness that floated above or by pretty satin bands that outlined the corset's shape. Make-up followed suit with peach gloss on the lips and a forest green that shimmered on the eyes glittering beneath the soft loose waves of hair.
www.versace.com